I remember the first time I made mushroom soup. I followed a recipe that consisted of sliced white mushrooms, flour to thicken and then stock and milk. It was nice, and for many years I made the same recipe. Then the shops started stocking chestnut mushrooms and I began a love affair with tarragon....something had to change! This recipe is extremely simple and the soup is ready in 15 minutes with no flour in sight. 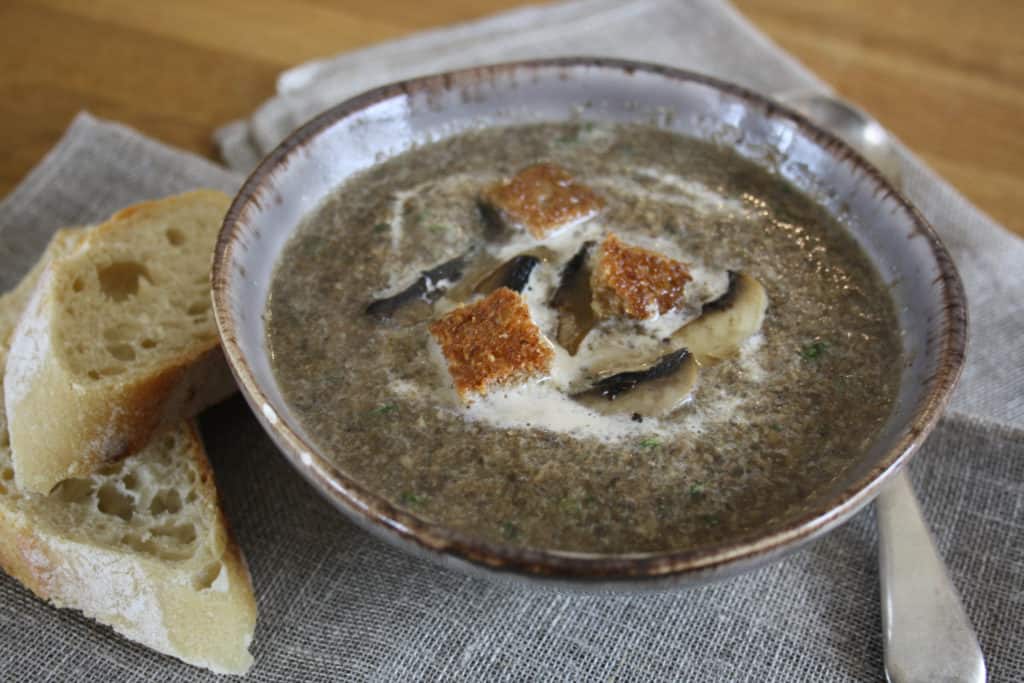 Chop onion and garlic and fry over a low heat until softened but not coloured. Add in chopped mushrooms and stir until they release their juices and are soft.

Add some beef stock and bring to a simmer. You could use vegetable stock and some mushroom ketchup for vegetarians. This brings out the meaty taste of the mushrooms and gives an added richness. Meanwhile fry a few sliced mushrooms for garnish and some cubes of bread if liked. Blitz the soup in a blender or with a stick blender and then return to the pan with some chopped tarragon.

Bring back to a simmer and serve with a drizzle of cream, fried mushroom slices, croutons and plenty of crusty bread.

This Tarragon and Mushroom Soup is my favourite. What's yours? 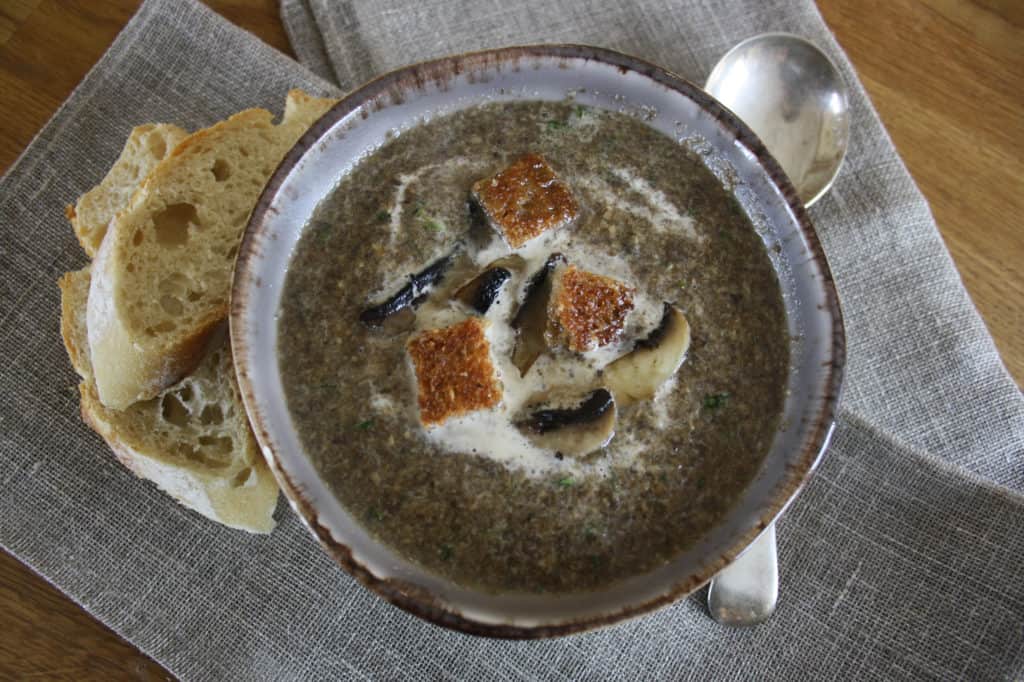 How about trying my Potato and Leek Soup It's fat-free too.

Don't forget to Pin this Tarragon and Mushroom Soup for later. 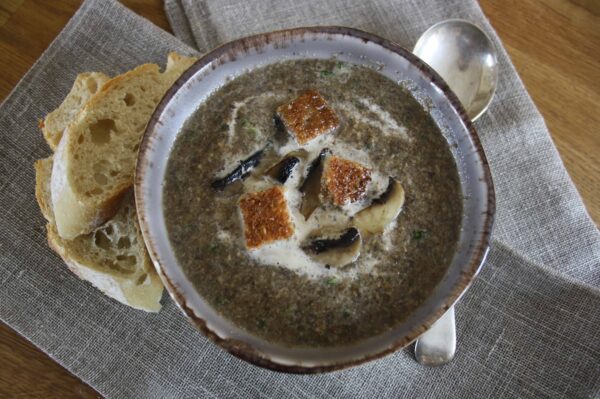 Make the dish vegetarian by using vegetable stock and enriching with a few slugs of mushroom ketchup.