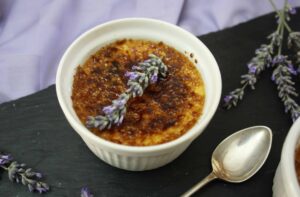 Lavender  Crème Brûlée. We were invited to our French neighbour's for dinner and Madame served an exquisite  crème brûlée that was flavoured with lavender. They had been staying with friends in Provence recently and visiting the lavender fields and perfume factories in Grasse. Inspired, she had returned with lavender oil and lots of dried lavender. I have to say that before I tried this I was quite sceptical, thinking that the flavour would be overpowering and too perfumed. I was so wrong! She explained to me that she heated the cream with lavender in it and then left it to infuse before making the Lavender Crème Brûlée.  I had to try this as  Crème Brûlée is a firm favourite. Interestingly, according to my Julia Child book, the dish is not French at all but Creole in origin but I've always thought of it as French.  I've been making it for a long time based on an old recipe from a Good Housekeeping book, which is foolproof.

What I love about this dish is that it is easy to make and can be made in advance so it's great for entertaining....if it lasts that long! 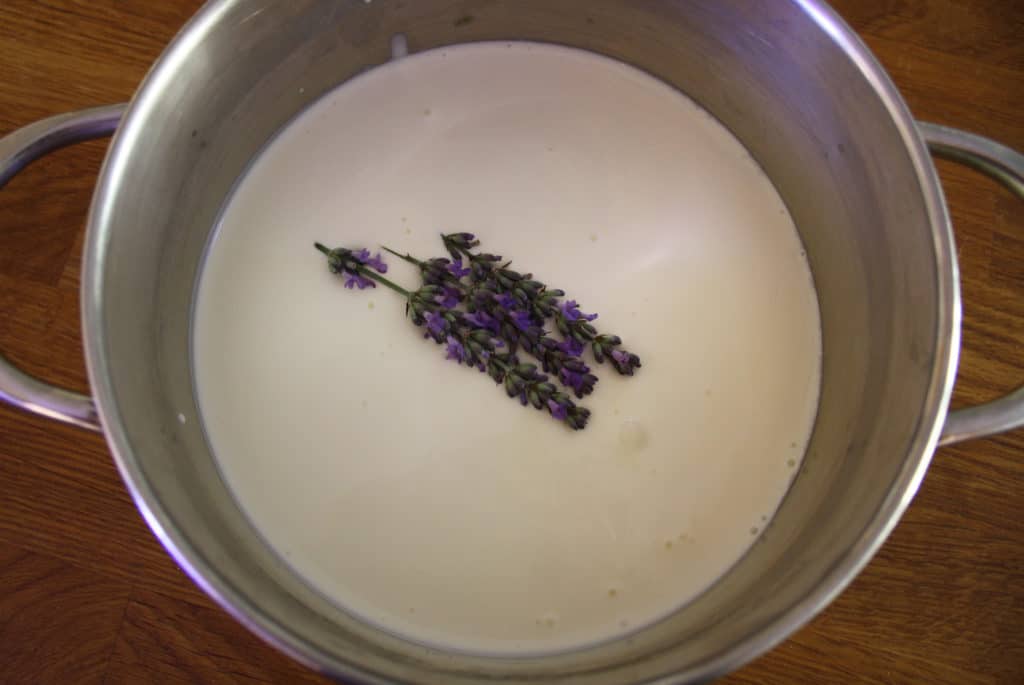 My neighbour used dried lavender but I still had a few flowers on the lavender in the garden so I used 3 large washed flower heads. Slowly heat the cream to just below boiling point then turn off the heat. Let the lavender infuse for 30 minutes and then pass the cream through a sieve and back into the saucepan. 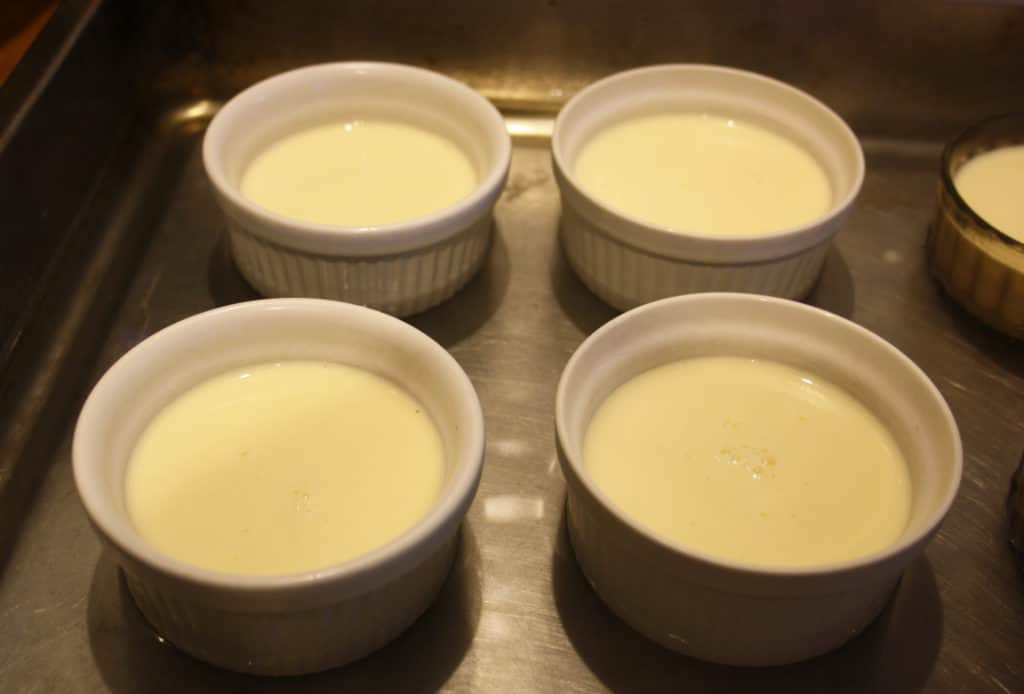 In a large bowl whisk the egg yolks and sugar together, reheat the cream a little and whisk into the eggs a little at a time. Divide the mixture between 6 ramekins and place in a roasting tin with enough hot water to come halfway up the sides. 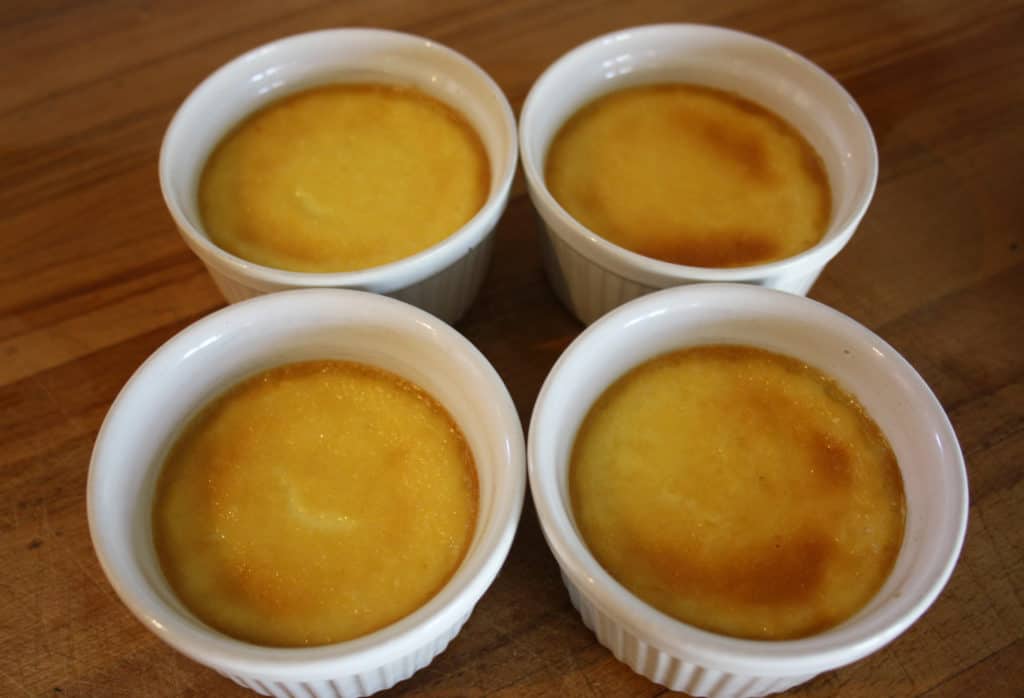 Bake for an hour at 150 C then let them cool and refrigerate, ideally overnight. When you want to serve them sprinkle over brown sugar and use a blow torch to quickly caramelise the sugar. Return it to the fridge for a few minutes in case any of the custard is warm. It will form a crisp layer and be ready to eat. 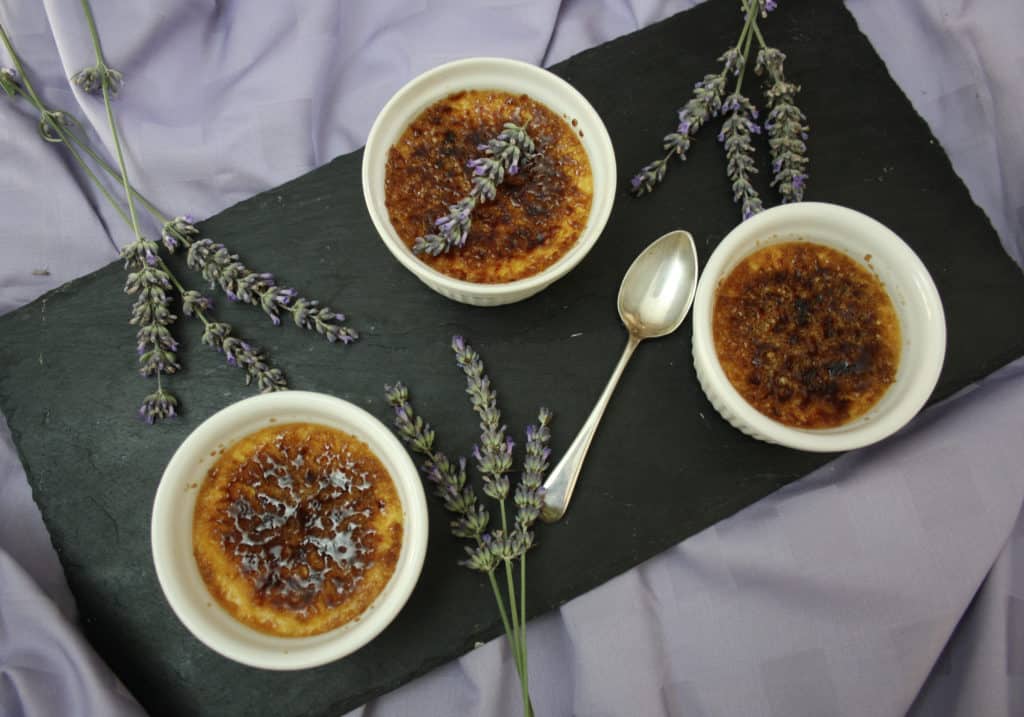 These are so delicious! 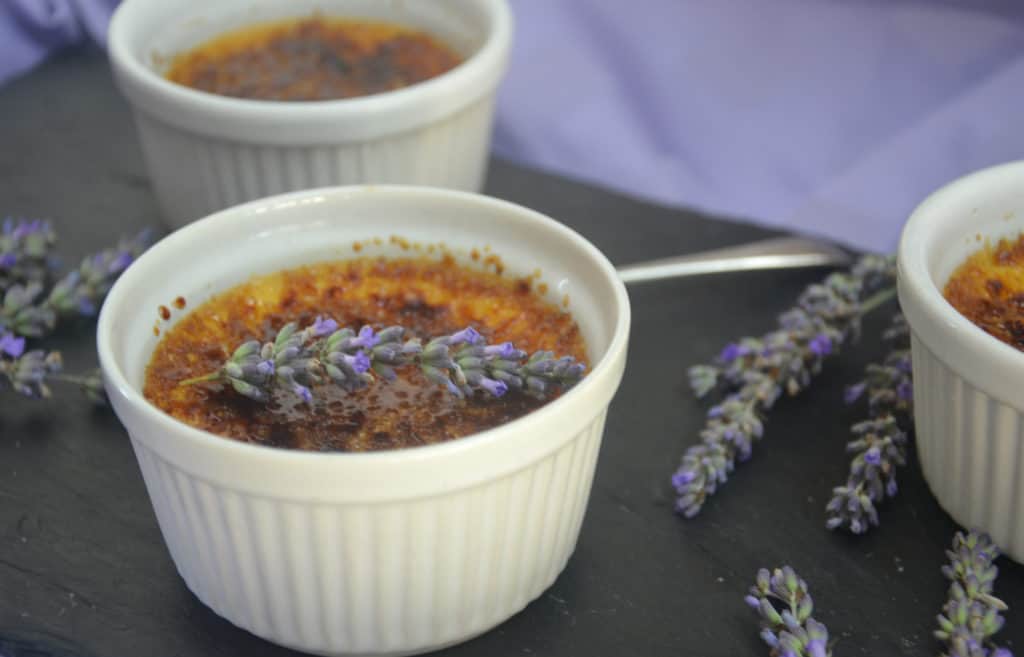 Once you tap into the crisp caramel and into the creamy custard you will be hooked! 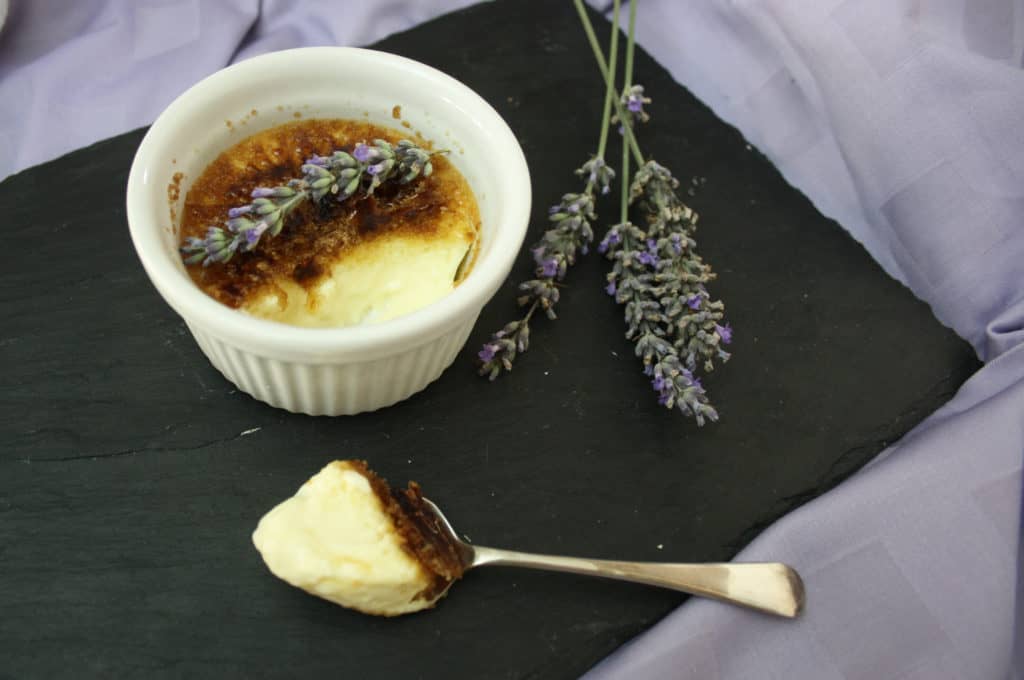 You will just have to go back for another! 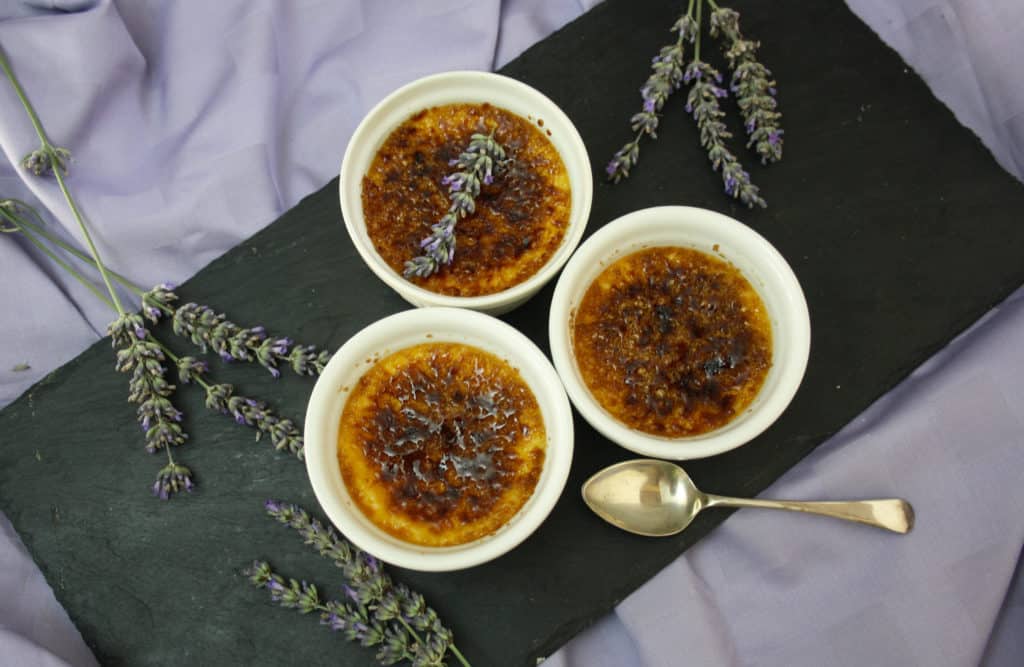 What other versions of  crème brûlée have you tasted? 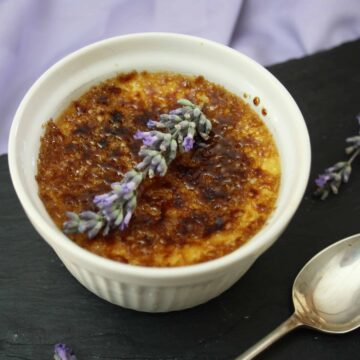