Why is it easy? Well, it's easy as it's all made in a food mixer. It's left to prove in the same bowl. It's quickly shaped by hand and cooked in minutes in a non stick pan. This naan bread comes out soft and fluffy and you don't need to get into a sticky mess trying to kneed it either! Once you've made these you will be hooked and they are so much nicer than anything you can buy.

Over the years I've made naan bread with different recipes and I've found that the ones without yeast are often disappointing. I also find that it is difficult to get the authentic char under the grill without watching it like a hawk. The ingredients are based on a Jamie Oliver recipe, which I have altered. After lots of trial and error, I've now come across an easier method too.

Empty a sachet of instant yeast into some warm water with some honey. Give it a stir and let it bubble up while you assemble the other ingredients. Attach a dough hook to a food mixer and add plain flour, melted butter, creme fraiche, (or yoghurt), salt and nigella seeds.

Pour in the yeast mixture and mix in the bowl until the dough comes together. Use floured hands to  loosen it from the bottom of the bowl and add a little dusting of flour to the bowl edges before replacing the dough. Cover with a clean cloth and leave in a warm place until doubled in size. 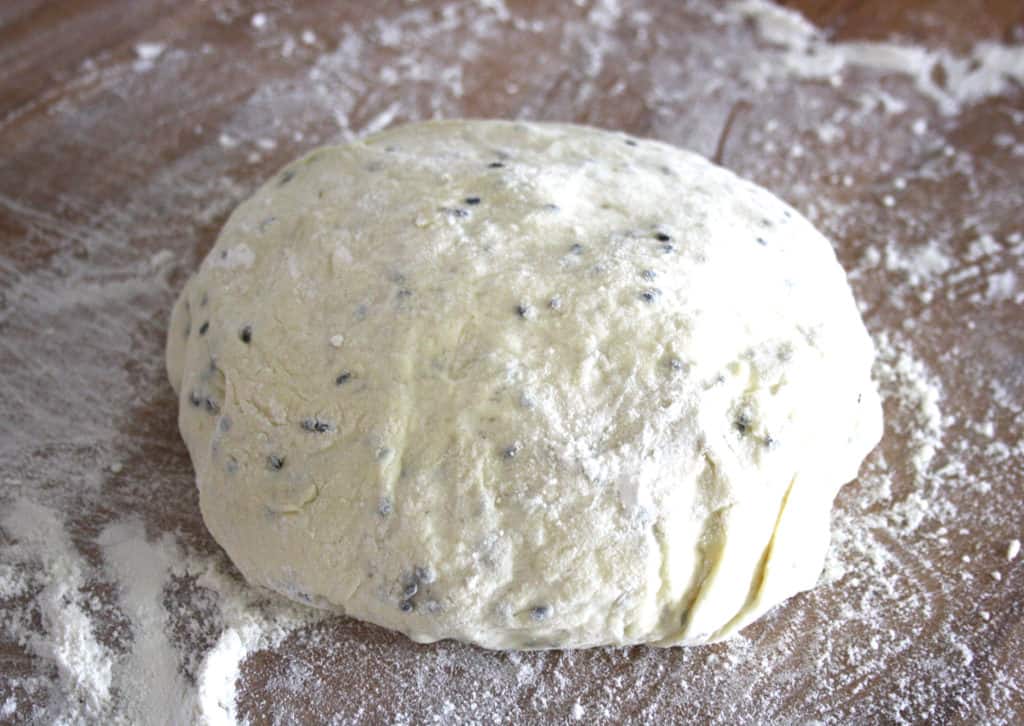 Tip the dough out onto a floured board and cut into 8 portions. I find it's easier to make slightly smaller naan bread as they are easier to cook in the pan. With 8 portions we use 4 with our curry and freeze the remainder for next time.

This mixture makes quite a sticky dough so I just use my hands to flatten the dough with lots of flour. Heat a non stick pan over a medium to high heat and add 2 naan bread. They will detach from the bottom after a few minutes and then it's time to flip them over. 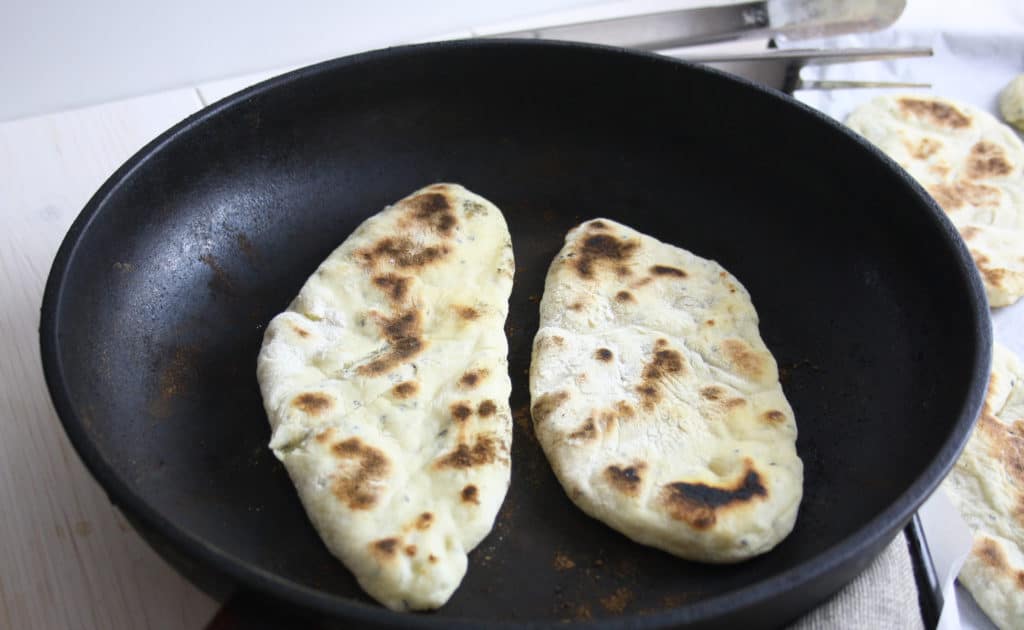 Put them on a baking tray as you cook the rest. 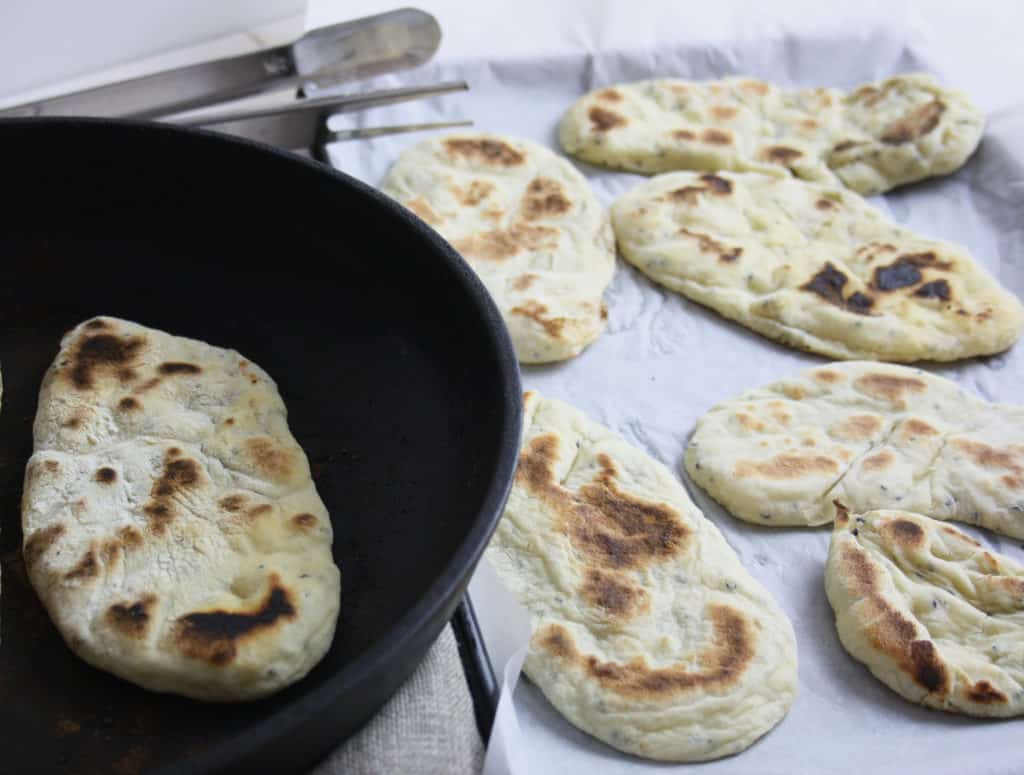 At this point leave to cool if you want to freeze them. When you are ready to serve brush them with a little melted butter and pop them under the grill for a few minutes. Sprinkle over  some chopped coriander to serve.

These Easy Fluffy Naan Bread are delicious dipped in your favourite curry or served with chutneys.

Don't forget to pin the naan bread for later!

Amanda Wren-Grimwood
This Naan Bread is simple to make in a food mixer and no messy rolling out. Cooked in a hot pan, this bread is perfect for dipping in your favourite curry.
0 from 0 votes
Print Recipe Pin Recipe
Cook Time 10 mins
proving 1 hr
Total Time 1 hr 10 mins
Course Side Dish
Cuisine Indian
Servings 8
Calories 134 kcal 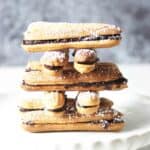 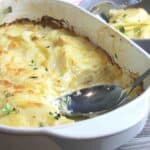