Home » Side Dishes » Pak Choi with Garlic and Ginger

I would like to tell you that I am up all night concocting new recipes and then spending all day perfecting them but I can't because most of the time my recipes are based on looking at what I have hanging about and throwing it together. That's how this recipe for pak choi, or bok choy, started well, sort of...I always thought pak choi seemed expensive so I bought a packet of seeds over to France this year. It has got to be the easiest thing to grow as I just put the seeds in and left it. 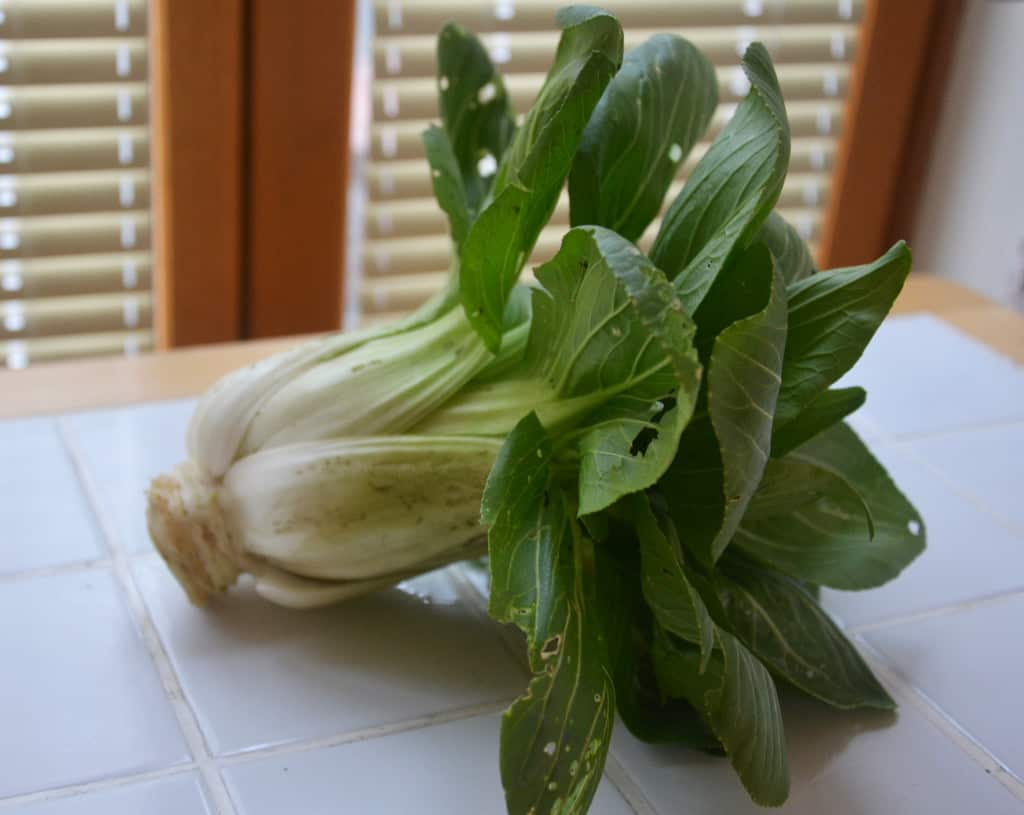 This is the second pak choi I picked for this recipe. The first one I left in the sink to rinse and then popped outside. When I came back in all that was left of it was a few smears of mud on the floor and a couple of bits of leafy evidence. Yes, my counter-surfing Weimarnutters love it, along with everything else.

It has such a lovely crisp texture that I didn't just want to stir-fry it  to serve with my Crispy Duck with Five Spice and Honey. I always keep a big lump of ginger and lots of garlic to hand and I also had mushrooms sitting in the fridge.

Start by slicing a couple of cloves of garlic and cutting the ginger into fine strips. 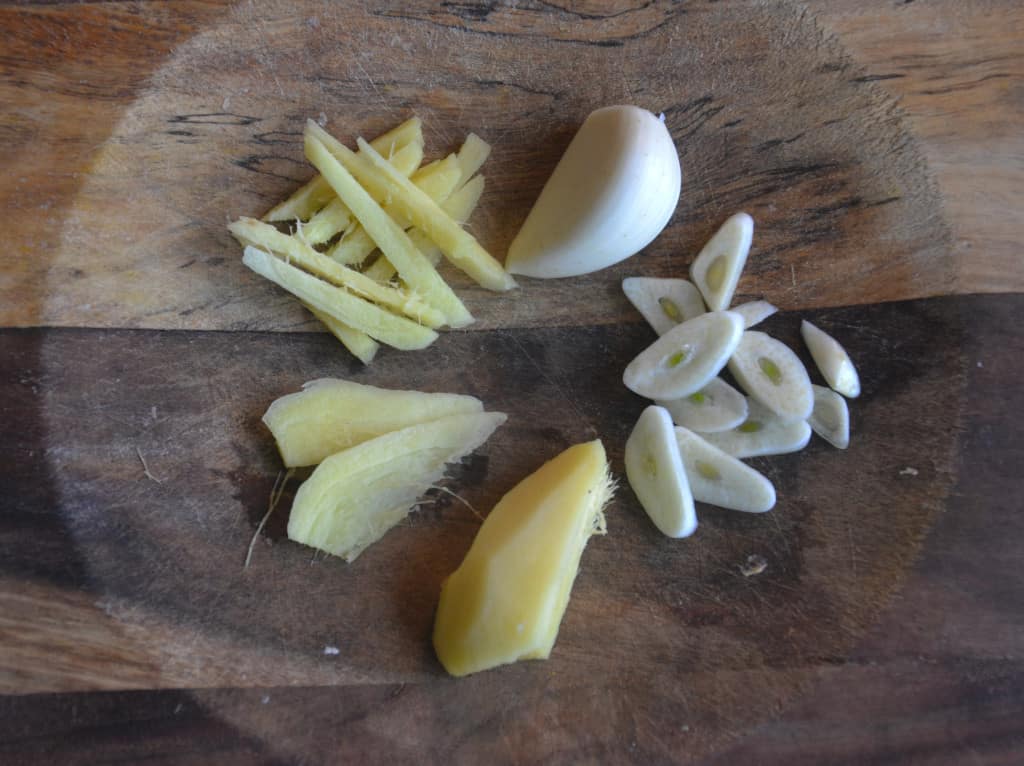 Wash and quarter the pak-choi. 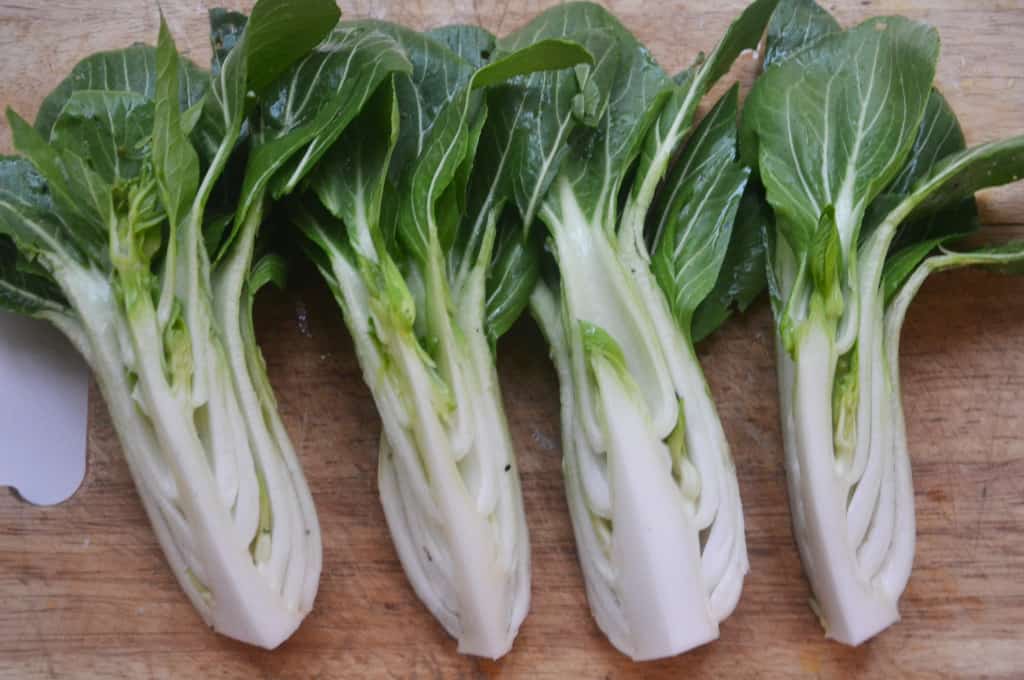 Heat a frying pan with a small amount of oil and add the mushrooms, garlic and ginger. Fry until golden. 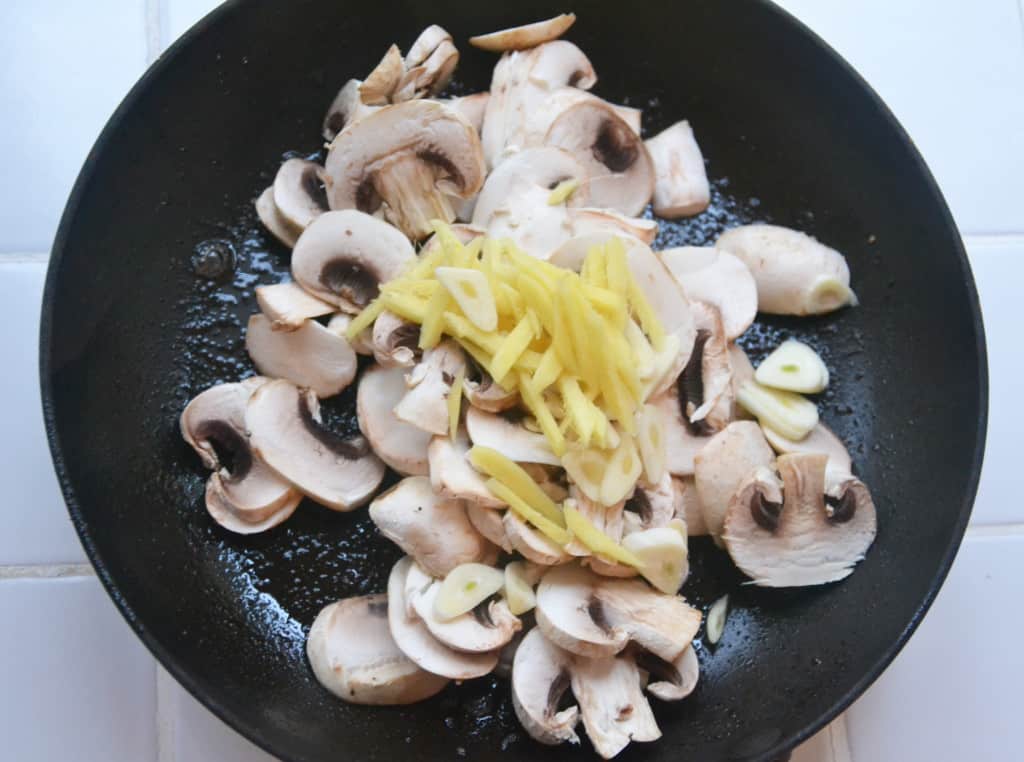 Arrange on a serving platter and drop the mushrooms on top. Drizzle sesame oil over the dish and serve. 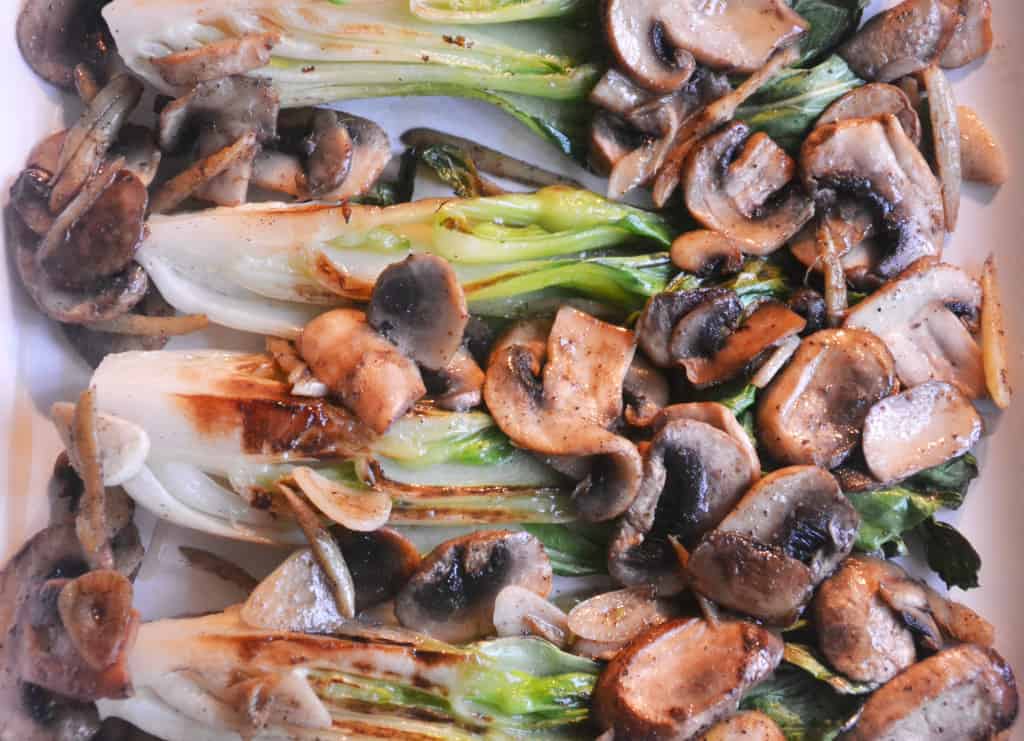 Serving the pak choi this way you still get the crunch with the char-grilled taste.

Has anyone got any other ideas for pak choi? 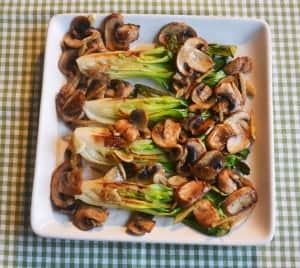 Pak Choi with Garlic and Ginger

Tried this recipe?Let us know how it was!
Previous Post: « Crispy Duck with Five Spice and Honey
Next Post: Christmas Shortbread »